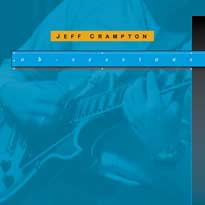 This outstanding musician started playing guitar professionally at age 13 and from that early start began building a gig list which now reads like a Who`s Who of Show Business. A selection of artists that Jeff Crampton has worked and toured with over the years.