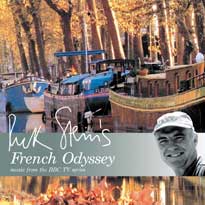 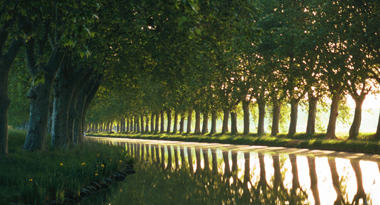 This CD album features music from the popular BBC2 TV Series in which Rick travels by barge along the Canal du Midi down to the Mediterranean in the summer of 2004. Along the way he discovers the many delights of provincial France together with the flavours of the regional cuisine.

While 'En Route' David Prichard, Rick’s series director, would phone Malcolm Ironton, Creative Director at Crocodile Music describing the scenes they had filmed that day. Still mornings with the sunlight turning the mist on the canal into ghosts, fields of sunflowers stretching to the horizon & locals fishing for their supper as the old barge plodded her weary way to the Med… These briefings enabled Malcolm to create the pace, theme and style of the music to match the various scenes.