1. The Days of Wine and Roses


BAZZ NORTON
An Afternoon at the Savoy 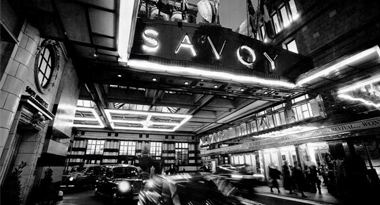 The Savoy has been the epitome of sophistication, elegance and style. The impresario and entrepreneur, Richard D'Oyly Carte built the hotel in 1889 after the huge success of the new Savoy Theatre, where Gilbert & Sallivan would stage most of their highly popular musicals. Music has always been an integral part of The Savoy experience. The famous pianist and band leader Caroll Gibbons entertained at The Savoy from the 1920's to the 1950's along with other prominent names of the day, such as Geraldo, Robert Inglez, Howard Jacobs and Percival Mackay.

Today, music is still as important to The Savoy as it has always been, The well known pianist and entertainer, Michael Mckenzie was bought to the American Barin 1985, where he played for 10 years until his retirement. His successor, Bazz Norton, was resident entertainer in the American Bar until 2001. This recording includes some of his favorite requests as well as one of his own compositions.