1. I Love You For Sentimental Reasons

The Big Kiss is a sumptuous collection of ballads and jazz standards beautifully performed by
Moya Ruskin & Bazz Norton. 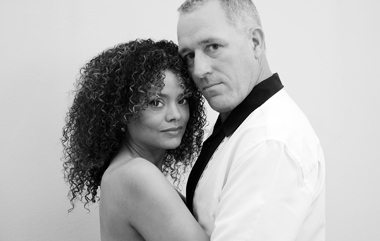 Moya Ruskin has divided her career between music, television, film and London’s West End theatres including several award winning shows. She has provided vocals for artists including Michael Bolton and Johnny Halliday. Moya works extensively in a variety of styles from opera to jazz.

Bazz Norton has entertained in the most prestigious piano bars throughout the world. He spent 7 years touring Scandinavia playing everything from jazz to rock 'n' roll. He returned to London in 1995 to spend 6 years as the resident entertainer at the American Bar in the world-renowned Savoy Hotel. In 2003 Bazz fulfilled his lifelong dream when he opened London's first authentic New York style piano bar called Piano Kensington, which has achieved international acclaim. He has now opened a second Piano bar in Smithfield in the city side of London.