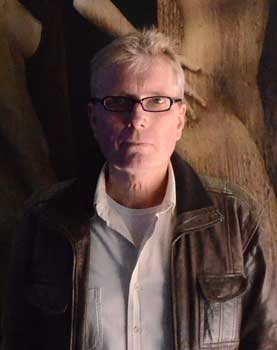 Malcolm’s career in music started when he sang regularly at Westminster Abbey, St Paul’s Cathedral and Kings College Cambridge. At the age of thirteen he won a scholarship to Harrow School of Art, it was here that he discovered popular music and bought his first guitar. After leaving the art school he joined a graphic design studio and at the same time formed a singer/songwriter duo Mick & Malcolm. The duo recorded their first record `Little Venice` with the well known 60`s band `Sounds Orchestral`. The record was produced by John Shroeder and released on the Pye label. This subsequently led to the forming of the successful mid 60`s underground band `Canterbury Glass`. Attracting the attention of the late John Peel the band went on to appear at all the major London clubs including The Round House, Middle Earth, and the Electric Garden. During this exciting period `Canterbury Glass` supported such legendary artists as Jimi Hendrix, Ten Years After, The Pretty Things and Denny Laine`s String Band.

In 1965 Canterbury Glass recorded their debut album `Sacred Scenes and Characters` unfortunately due to management issues at the time it was not released until 2008 when it was rediscovered and released by Cherry Red Records on CD and Vinyl. When `Canterbury Glass` disbanded Malcolm returned as an art director at a top London advertising agency. During this time the agency discovered his musical talents and he began writing and composing TV jingles for many well known brands. and so with his writing partner at the agency they established `Crocodile Music`.

Under Malcolm’s direction `Crocodile Music` went on to win many awards for the composition of original music, sound design for Film, Radio, Television, Multi Media and Advertising.

Malcolm's most widely acclaimed work is in the creation and production of original music for the hugely successful Rick Stein series of programmes for BBC.2